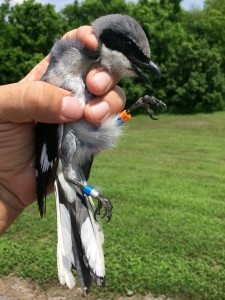 The Loggerhead Shrike is one of two species of shrike in North America and the only species with an exclusively North American range. It epitomizes the dire conservation status of many grassland bird species as it has undergone one of the most persistent and drastic population declines of any North American passerine. Over the life of the Breeding Bird Survey, Loggerhead Shrike populations have declined 79% and thus it is listed as endangered, threatened or as a species of concern across a large portion of its range. This decline is largely attributed to habitat degradation and loss as shrikes prefer open country with scattered bushes much of which has been transformed into large monocultures of alfalfa and corn. The use of pesticides in agriculture has also been linked to the decline of Loggerhead Shrike populations. Some studies have indicated that constraints associated with winter habitat are limiting the migratory populations of this species.

This species has both migratory and non-migratory (resident) populations with the wintering grounds of migratory populations encompassed almost entirely within the range of the resident populations. The Texas Gulf coastal prairie contains both migrant and resident shrikes during the non-breeding season (winter). Non-breeding season population dynamics leads to the question of how migratory and resident populations coexist during the winter. Several hypotheses have been proposed that residents out compete migrants due to a competitive advantage from prior occupancy, site-tenacity, and familiarity with the area thus relegating the migrants to lesser quality habitat and studies have demonstrated that poor winter habitat quality affects breeding success in the following spring. Others have suggested that there are differing requirements between migrant and resident shrikes and this facilitates habitat segregation which alleviates competition for wintering territories. Along the Gulf coast relatively little is known about the population dynamics of migrant versus resident shrikes due in part to the difficulties associated with distinguishing them from one another.

Recently techniques have been developed using stable-hydrogen isotopes in combination with genetic markers found in feathers to identify migrant from resident shrikes providing us with an opportunity to better understand habitat partitioning between migrant and resident shrikes, determine the proportion of migrant to resident shrikes, and determine the breeding origin of migrant shrikes wintering on the Gulf Coast. Because collecting feathers for these analyses requires the birds to be caught, we can at the same time apply color bands which uniquely identify individuals and Motus transmitters (nanotags) to a subset of those birds. This will allow us to track the birds manually and using our existing Motus network to determine winter habitat affiliations for individuals. Once these individuals are determined to be a migrant or a resident with the stable isotope/genetic analyses information, we can use the habitat affiliation data to provide valuable information on differences in habitat quality for migrant and resident shrikes.

A Loggerhead Shrike with a transmitter (photo by Susan Heath) 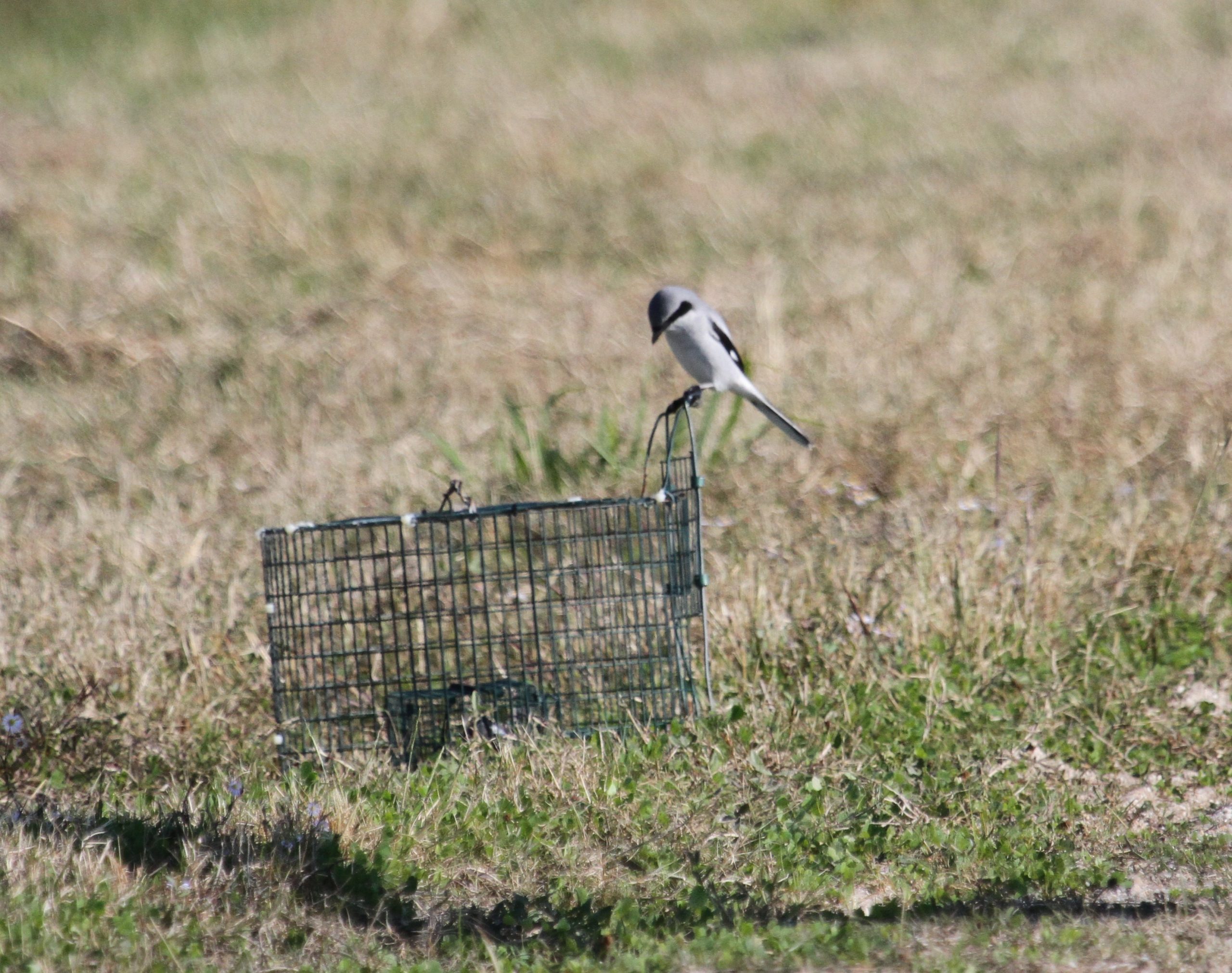 A Loggerhead Shrike on the trap (photo by Susan Heath)