2020 Special Rules: Only a small portion of the tower top level is open to visitors and only five visitors at a time are allowed on the top level. This may change depending on who is staffing the site on any particular day. All visitors to the tower must wear a face covering that covers both nose and mouth and is secured at both top and bottom. Use social distancing at all times while at the hawk watch. Thank you for your cooperation!

One of the great spectacles in nature is a sky full of swirling raptors soaring their way to central and South America for winter. Smith Point on the eastern shore of Galveston Bay is a natural concentration point for southwardly moving raptors in fall migration. At the peak of fall migration, it’s not unusual to see thousands of Broad-winged Hawks, the most numerous species that migrates through Smith Point, on a single day. The Smith Point Hawk Watch was originated as an all-volunteer, part-time effort in 1992. In 1997, the Gulf Coast Bird Observatory in partnership with Hawk Watch International and the Texas Parks & Wildlife Department instituted a full-time, 3 month an annual census of the raptors migrating through Smith Point each fall. In 2011 we expanded the count to 3.5 months to capture the early Swallow-tailed Kite migration.

The Hawk Watch is held daily at the Candy Abshier Wildlife Management Area where GCBO has a 30 foot observation tower. The hawk watch is staffed daily from 8:00 am to 4:00 PM CDT. You are invited to come out any day during the season. We are in need of volunteers to help with data collection, greeting visitors, selling t-shirts, and giving out general information. If you could volunteer one day a week, or even one day a month, it would be a great help! To volunteer, please contact Susan Heath at (979) 480-0999. 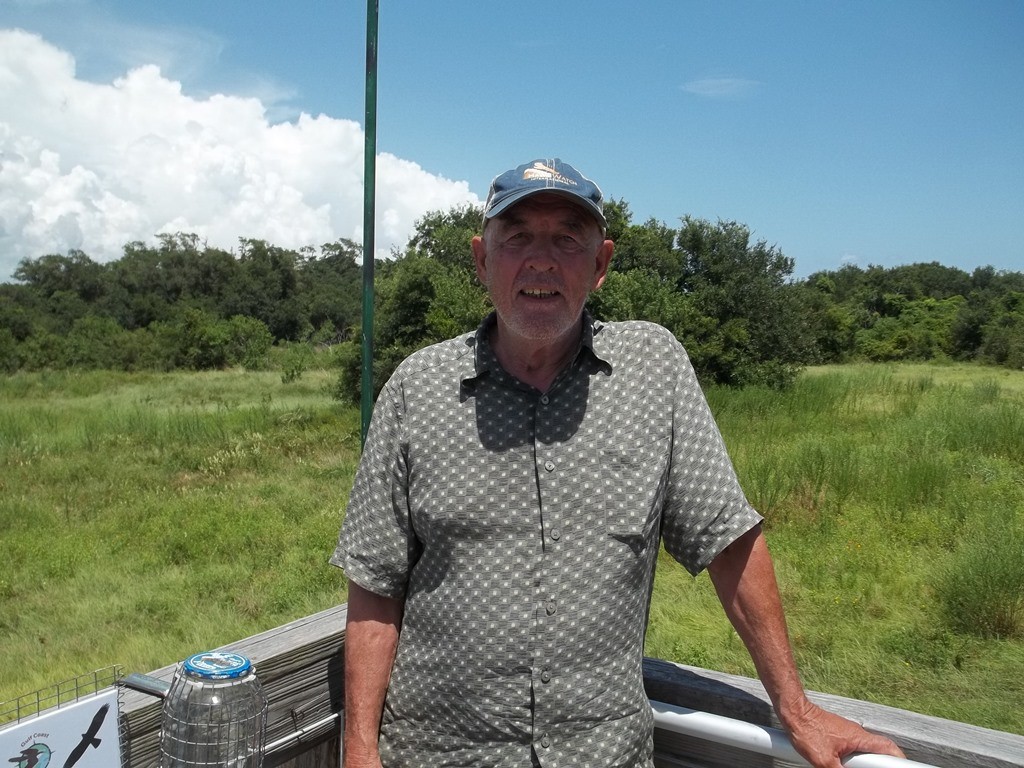 How To Get To The Smith Point Hawk Watch Tower at Candy Abshier WMA:

To reach Smith Point from Houston, take I-10 east to the Texas Hwy 61 exit. Turn south (right) on Hwy 61. In a few miles it changes number to FM 562 and continues south to Smith Point. At the intersection of FM 1985, which branches left at a Y intersection, continue right to Smith Point. Once in Smith Point continue on 562 until you pass Hawkins Camp Road on the right. Turn left at the next intersection and proceed to the parking lot for the tower.

For information on birding and other nature activities in Chambers County, check out the Chamberswild website.