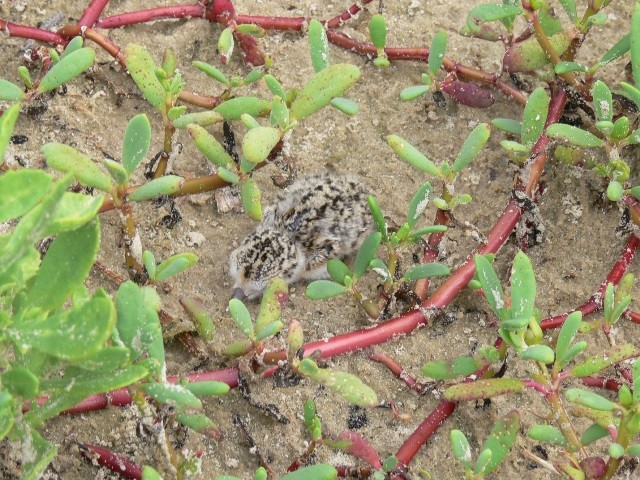 It has been an exciting week at Matagorda Bay Nature Park! Two nests hatched with a total of 3 chicks. Two chicks hatched from a nest that I had not found, so it took me by surprise. Pictured below are the surprise chicks. As you will see from the second picture, the chicks are very well camouflaged. 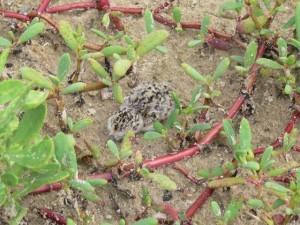 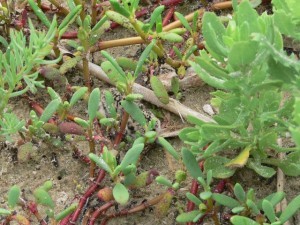 We are placing yellow (indicates year) and red (indicates region) leg bands on the chicks. A Wilson’s Plover nest takes about a day to hatch and the chicks become mobile after only several hours. It is difficult to find chicks once they have gone rogue, which is why it’s important to estimate a hatching date so we can be present to band them at the nest cup. The incubation period is 25 days and we estimate the hatch date by floating the eggs when a nest is found. Pictured below is an egg that is 12 days old and the egg floating guide to determine age. 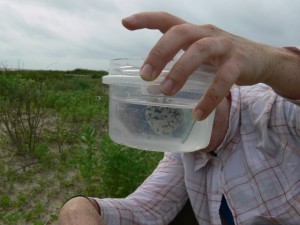 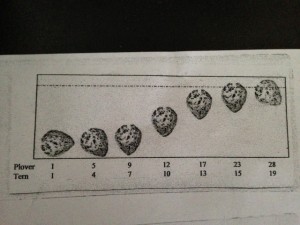 Although chicks are exciting in themselves, it seems as though Wilson’s Plovers have been popping out of the sand over night! Currently there are 14 nests and approximately 25 breeding pairs. Unfortunately, several Wilson’s Plover nests and the entire Least Tern colony failed because of coyote predation. However, these birds are resilient and the Least Tern colony has now moved to a gravel parking lot. There are also 2 Killdeer pairs nesting in the parking lot. Because it is the boat ramp parking lot, we cannot close off the entire area. Instead, I have been marking the location of nests and posted several signs within the parking lot in an effort to prevent nests being run over. The boating season is about to kick off, so we will have to continue to adapt protection measures as the season progresses. 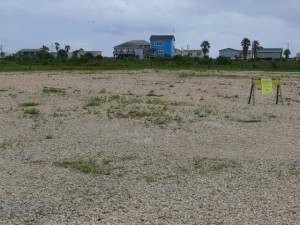 It appeared that nesting was resuming at Bryan Beach since the last blog when I found 2 new nests, with a total of 4. Only week after I discovered them, yet another rain event washed both nests away, however. Although the 2 older nests that I posted area closures around are still present, there is still uncertainty about their fate. One nest in particular has been subjected to an increasing amount of disturbance over the last 2 weeks. Pictured below is a glimpse of the partying, littering, and vehicle disturbance that frequently occurs near the nest. 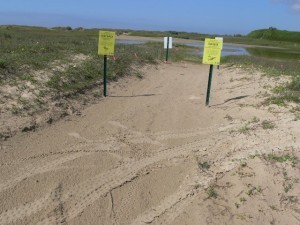 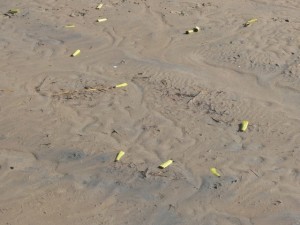 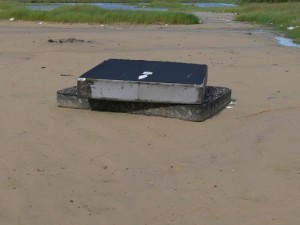 Studies have shown that human disturbance is related to lower nest attendance because adults flush more often and will not return to the nest during a period of disturbance. Reduced incubation exposes eggs to temperature fluctuations that basically result in a rotten egg. Typically, we assume the eggs are rotten if they do not hatch soon after the estimated hatch date. Both of the nests are due to hatch this week and I am anxiously waiting!