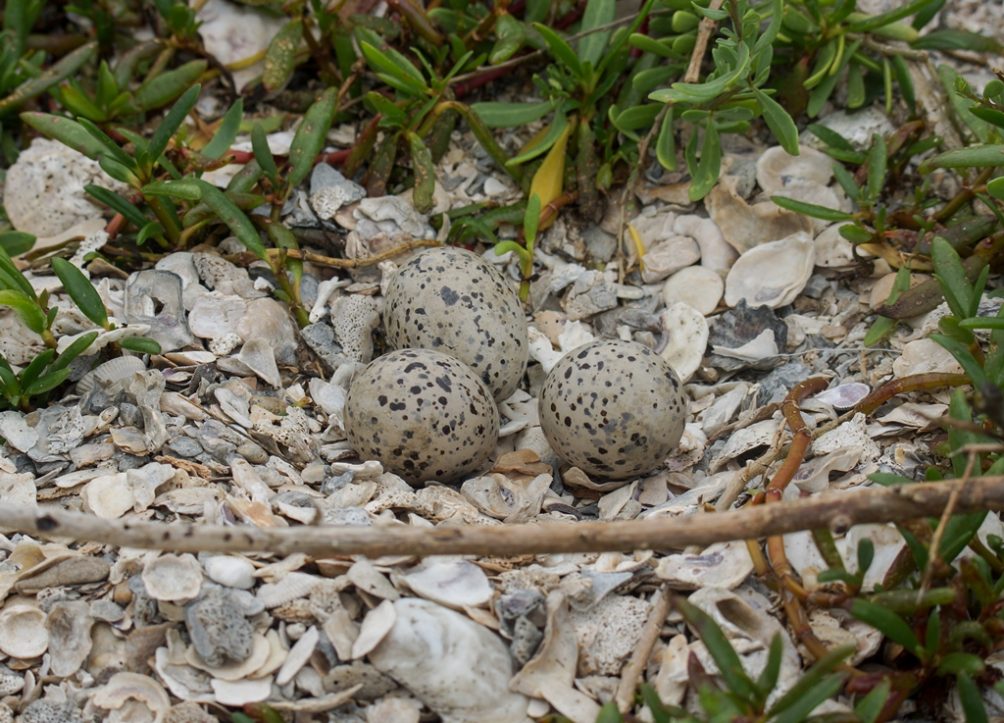 It’s that time again! Welcome to the Oystercatcher Diaries 2020. We did our first official oystercatcher survey on Tuesday and things are starting to happen. As is the case every year Struve Luci in West Galveston Bay has the early nesters. On January 31, we stopped by to do a check on them while out doing other work and found the 12 & unbanded had already laid one egg. 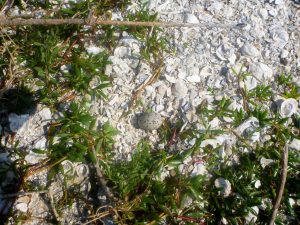 I was afraid it was going to get overwashed with the strong north winds the next week but when we checked on Tuesday they had three eggs! 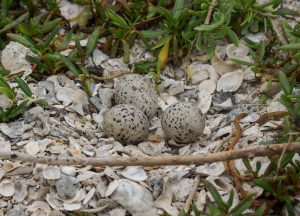 We found that LT & JA had laid three eggs as well. 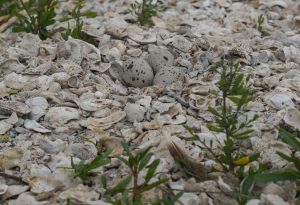 I was surprised that L9 & unbanded did not have a nest yet but they definitely look like they will soon. There were a lot of scrapes in their territory indicating the L9 has been working hard to make one that pleases his mate. KR & unbanded also had a very nice scrape all ready to go.

We found a couple of surprises while surveying the rest of the pairs. Sadly my favorite bird H0 has disappeared and his mate JC is now paired with W5, a male that held a nearby territory last year but never had a nest. We saw H0 with JC on January 5th but on January 15th, W5 was in his place and it’s been that way ever since. Poor H0. He was an old bird. I banded him on February 18, 2011 and he was at least 3 years old at the time (likely four or five) so that makes him at least 12 years old now and probably more in the range of 14-15 years old. He just couldn’t compete with a younger male W5 who is 9 years old. I enjoyed watching his exploits over the last 10 years and I will definitely miss him. 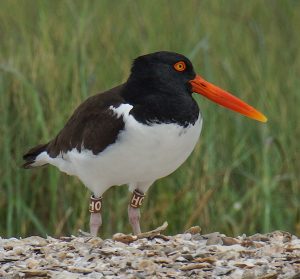 T5 also disappeared and he was an older bird as well. I banded him on April 4, 2011 with his mate T6. They have been a pair every year since but this year LH is hanging out with T6 and we haven’t seen T5. LH is a male from another territory on the same island so he must have felt he was moving to a better territory to team up with T6. It remains to be seen what will happen with LH’s former mate WW. We’ve seen her on the reefs every time we’ve been out but she hasn’t been on the nesting island. 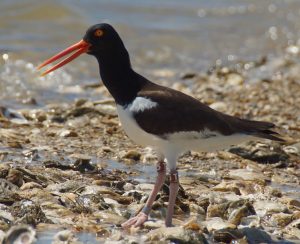 Another surprise was that we found 16 & unbanded in a completely different territory from last year. 16 was originally banded with his mate 15 along the shore of Galveston Island in 2012. They tried to nest there many years and only rarely succeeded because of mammalian predation. 15 disappeared and was replaced by an unbanded bird a few years ago and they continued to try to nest on Galveston Island through last year. This year we found them in JN & UW’s territory on South Deer Island. This is a good spot and if they don’t get run off they stand a good chance of fledging some chicks but they need to start early as this area will be covered with Laughing Gulls by April. I don’t know what happened to JN & UW. We will just have to keep watching and see what happens. 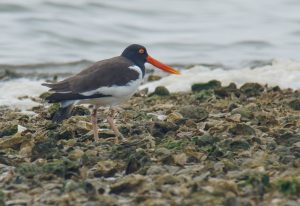 And finally JJ & P4 appear to have moved into a neighboring territory that was vacated by 23 & WY last year. They might be able to do better in this territory too since there are less pelicans nesting there. And speaking of pelicans nesting – we discovered some of them already have eggs! Eak! This is not good. Any pairs trying to nest near the pelicans have a hard time with those big old feet stomping on their eggs.

We’ll be back out again next week to check on everybody one more time before the end of February.