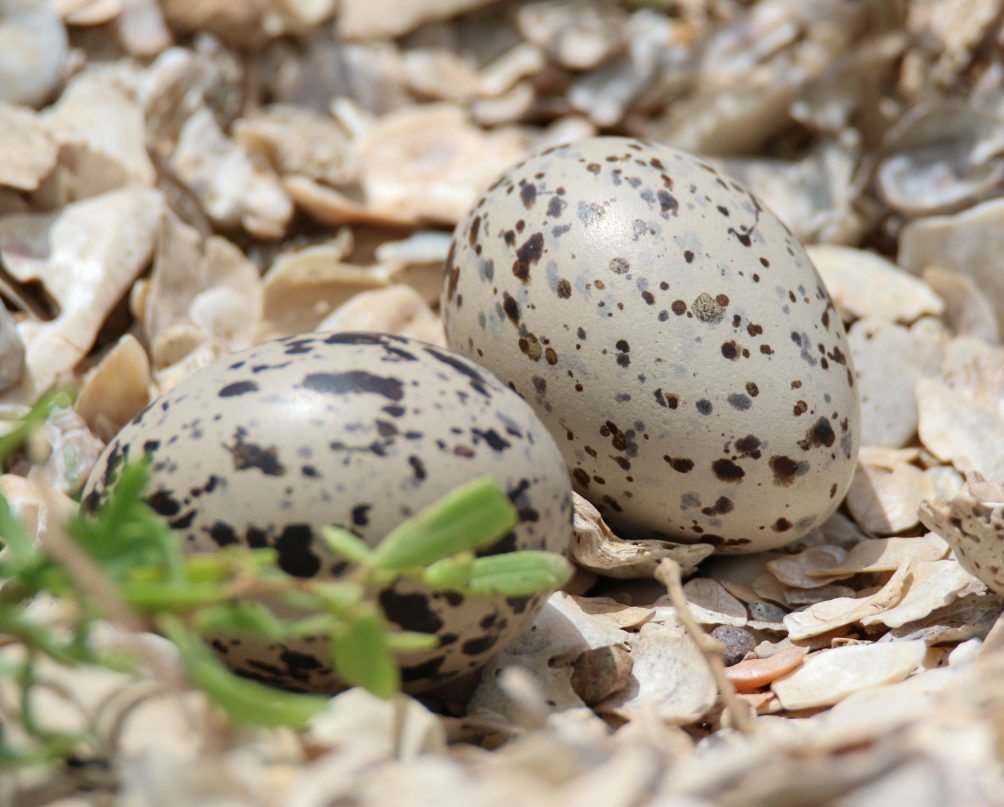 On Friday I headed out to West Galveston Bay with Alan. We got a late start because the GCBO truck died when I got about 2 miles down the road. Martin came to get me and the boat and took us back to GCBO where I hooked the boat up to my personal truck and got on the road again. Martin took care of getting the GCBO truck towed to the dealer. I hope it’s nothing major. We just got it back from getting a $1,500 brake job!

I got to the boat ramp about 9:20 and we headed out. There were some rain storms off in the distance but we didn’t see any lightning and it was clear the direction we were headed so we went ahead and went. I wanted to check on the two pairs along the Galveston shoreline just north of the I-45 bridge because both of them appeared to be thinking about laying a new nest last week. This week neither pair was there so I guess I was wrong about the new nests! We bypassed Swan Lake since nothing is happening there and headed back to West Galveston Bay.

We got caught in a small rain storm on the way back but by the time we got to Struve Luci, it had passed. I videoed the skimmers so I could count them later and we checked out the oystercatchers. L9 & unbanded were on the island for a change and 12 & unbanded and one of their chicks were too. The rest of the pairs were on the docks. The unbanded pair’s chick is looking fine. 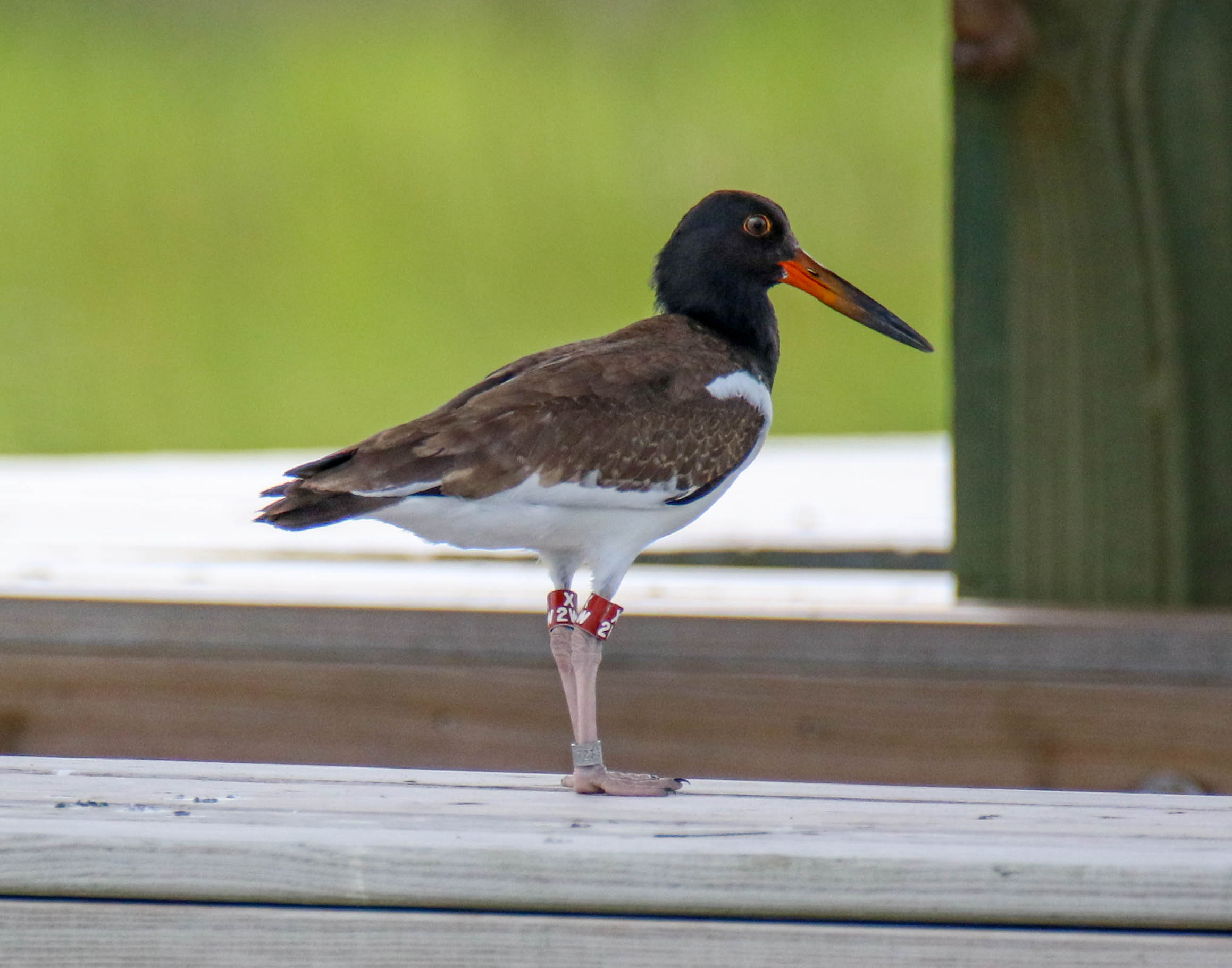 LT & JA and both their chicks were there so we checked out the one with fishing line entangled on the right foot. 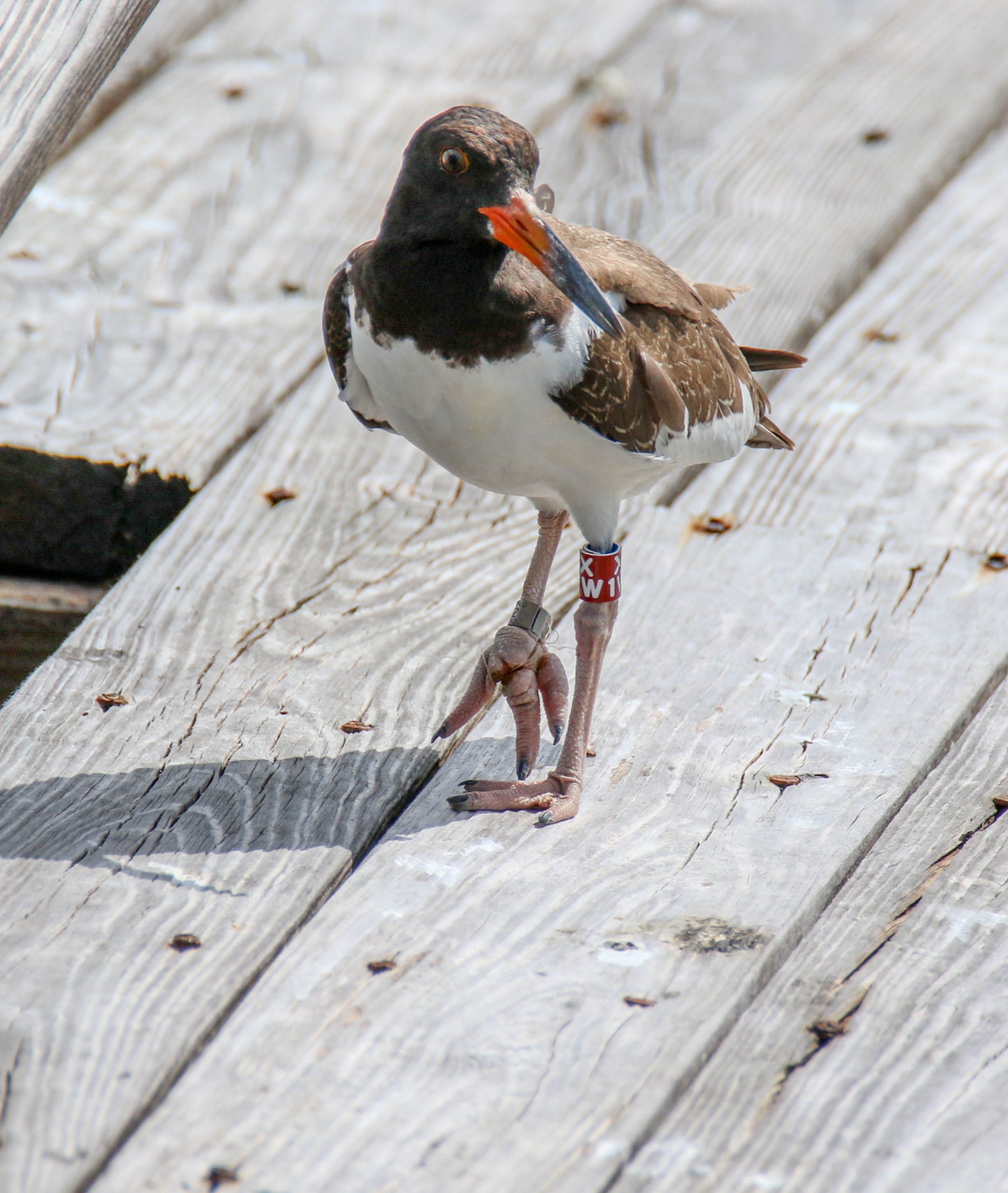 That foot looks pretty swollen. We tried for an hour and a half to catch it with the net gun but it would never let us get close enough. The entire family kept flying between the dock, a nearby lawn and the island. I tried sneaking up on them from behind a pile of lumber but they spotted me and moved away. Eventually the chicks flew off down Galveston Island and went around a corner and we couldn’t find them again. Dang. I don’t think we are ever going to be able to catch that bird. The good news is that it is still flying quite well which means it’s getting enough to eat and the line is only around the toes. We’ve had a few birds that lost a toe or two and survived just fine so maybe this one will fare the same.

We checked out Jigsaw and found pairs loafing along the shoreline. Same for YK & unbanded on Galveston Island. At 8 Mile Road there were 10 birds and 5 of them were banded. We didn’t find anymore on the docks and A4A & unbanded we hanging on the Gangs Bayou breakwater. I was ready for something more interesting!

We headed to South Deer and I was delighted to see that A1A & unbanded were still incubating two eggs. 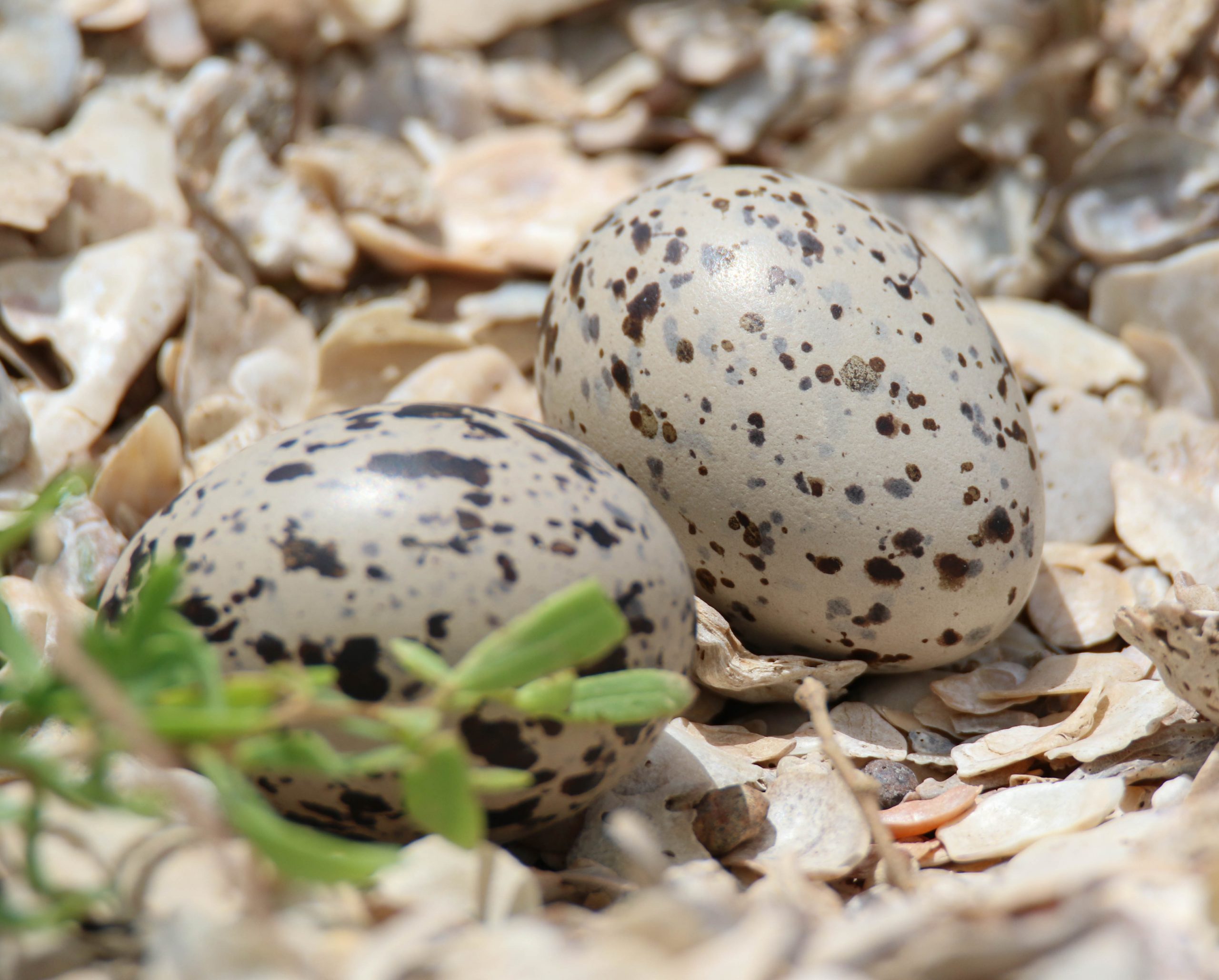 The Royal Tern chicks are as cute as ever. 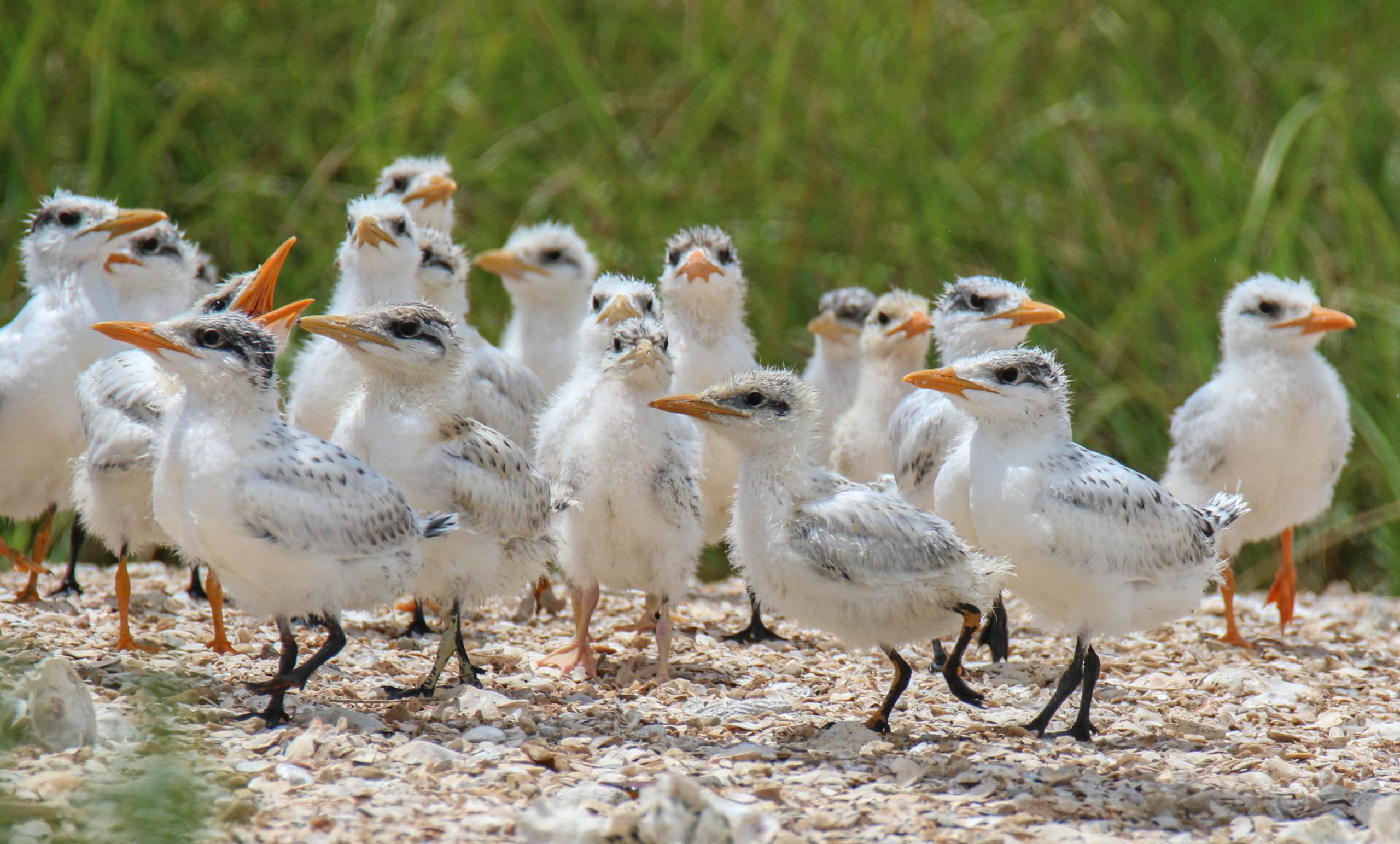 When we were pulling away we saw that there were suddenly three adults there. What’s up with that? Alan’s photos revealed that the interloper was U5Y. The pair with the nest was not happy and they ran U5Y off. 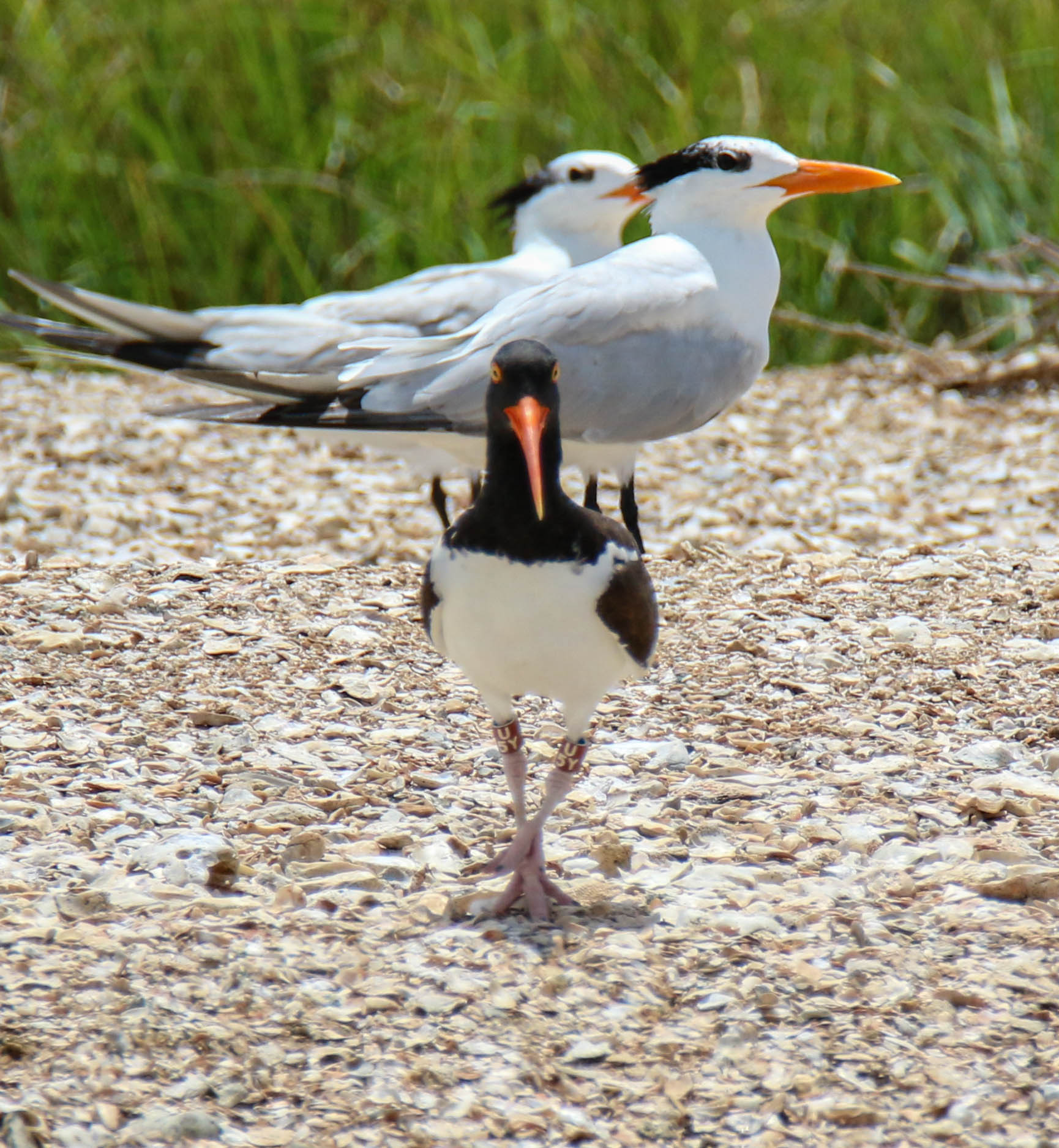 The rest of the pairs on South Deer were just loafing so we headed to North Deer. C1A & unbanded were also still incubating their nest. Great news! Maybe we will have some late chicks.

We checked the North Deer breakwater and did not see J6 & UF anywhere but I heard some oystercatcher shouting so perhaps they were in the vegetation behind. The vegetation is too thick to go walking around in shorts and water shoes so we didn’t investigate. I may have to bring my snake chaps. I have seen rattlesnakes on this island several times so I’m not taking any chances! I’ve had one too many close calls on that front.

YM was on the breakwater and JH and their chick were on their beach. JH let out a few warning notes when we got too close and YM flew in to join them. 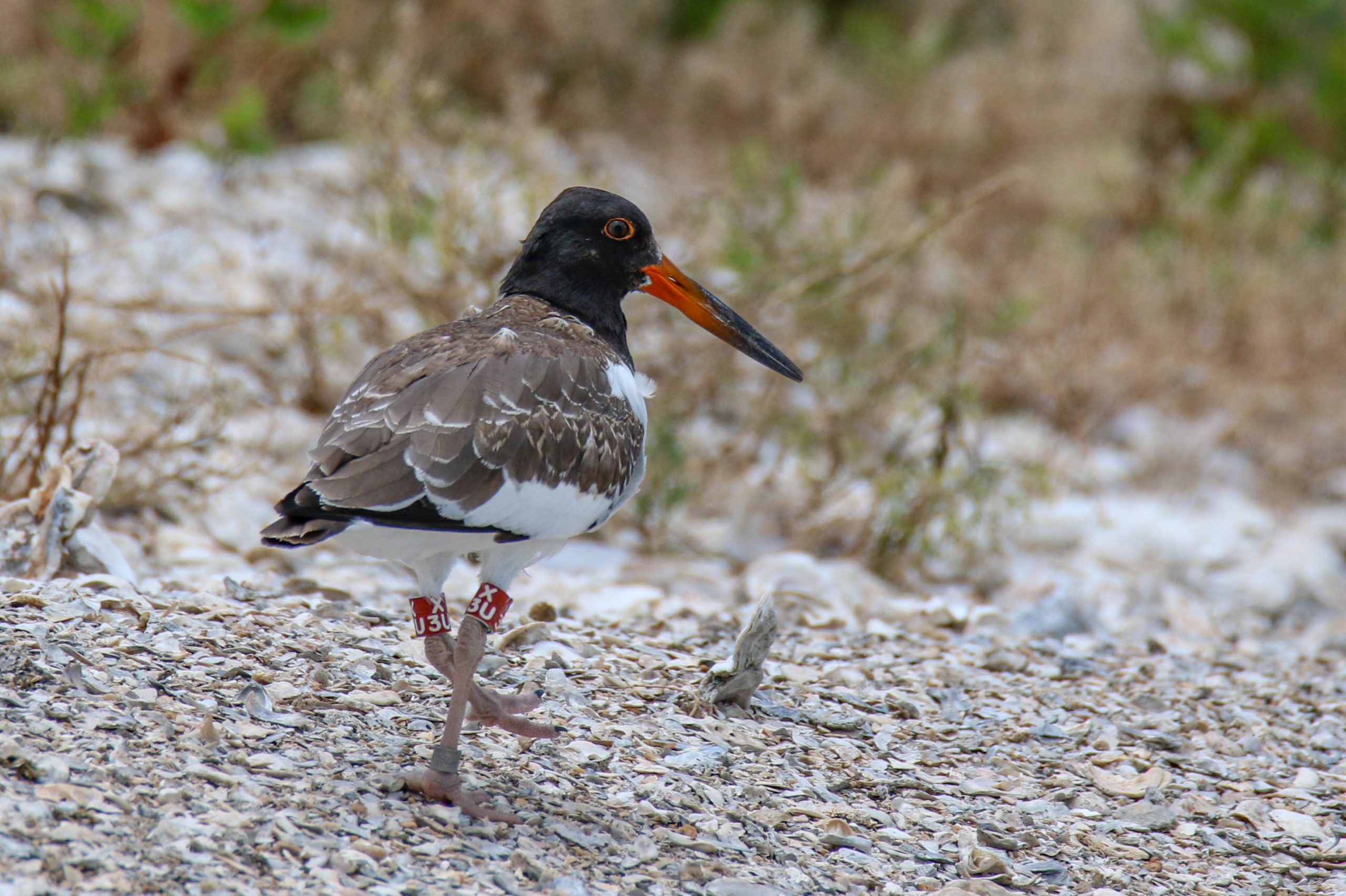 We checked J6 & UF’s island just in case they were there but they weren’t. I highly suspect they have a chick or two hidden in that vegetation behind the breakwater. This is what happened last year. They disappeared for a while and then viola, they reappeared with two fledged chicks! Little sneakers.

All the birds on Marker 52 were snoozing along the shoreline but Fred was back to his antics of old and flew around a bit trying to avoid getting his photo taken. What a ham. Alan managed to get this photo which to me makes FR look like his skirts are being blown up by the wind! 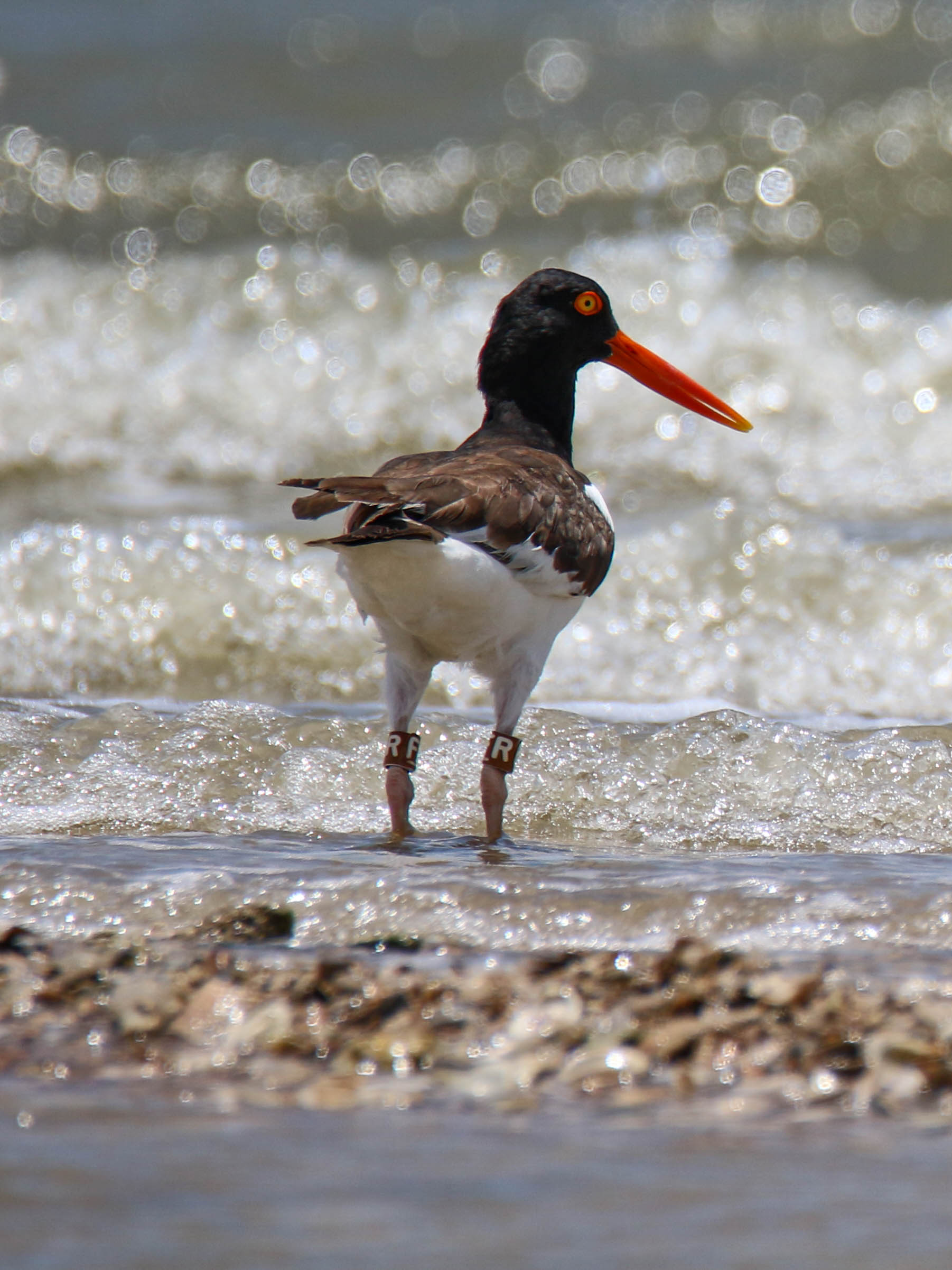 We found CA & Y2 and both their chicks on the Tiki spoil breakwater but they flew when we got close. I guess nobody was feeling photogenic!

We headed back to the boat ramp thankful we were able to get the survey done even with the truck issue.