It’s time! They oystercatchers have begun to nest and we’ve checked on them a couple of times. We went out the West Galveston Bay on January 13 to see if any pairs had changed. Amazingly they were all the same for the ones that were present. Then on January 27, we went back and found the first nest! 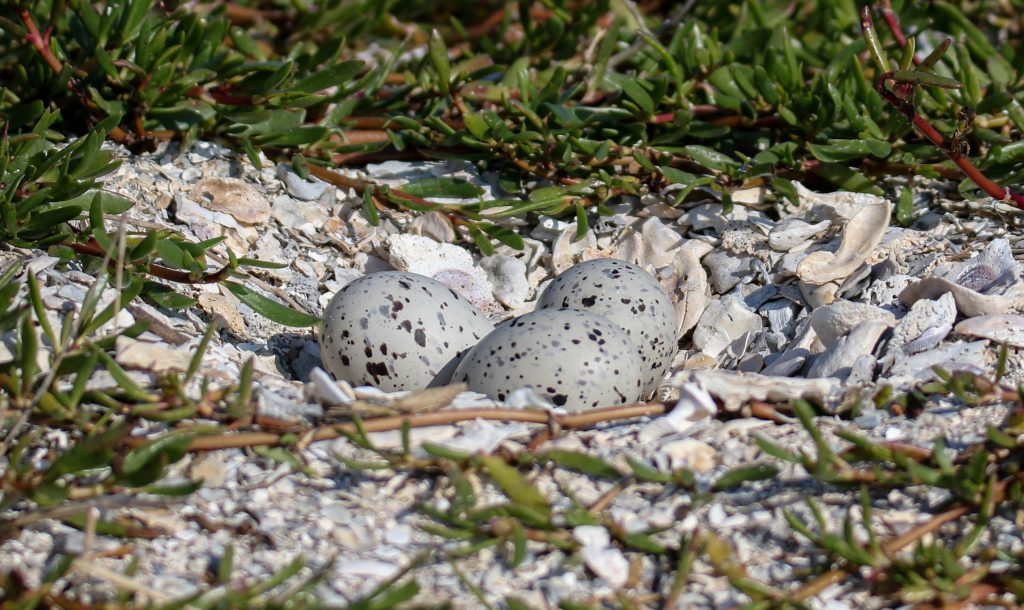 LT & JA had a beautiful three egg nest. They were nonchalant about it though and never let on it was there. I am familiar with their ways though and knew to search so we found it any way. I guess they can hear the boat coming because I never see them incubating though clearly they must be.

I was expecting 12 & unbanded to have a nest too but they don’t yet. We checked again this past Wednesday, February 2 and we didn’t find any new nests so it’s just the one for now.

It was quite foggy so not a very enjoyable day! At least it was warmish unlike the two previous surveys. 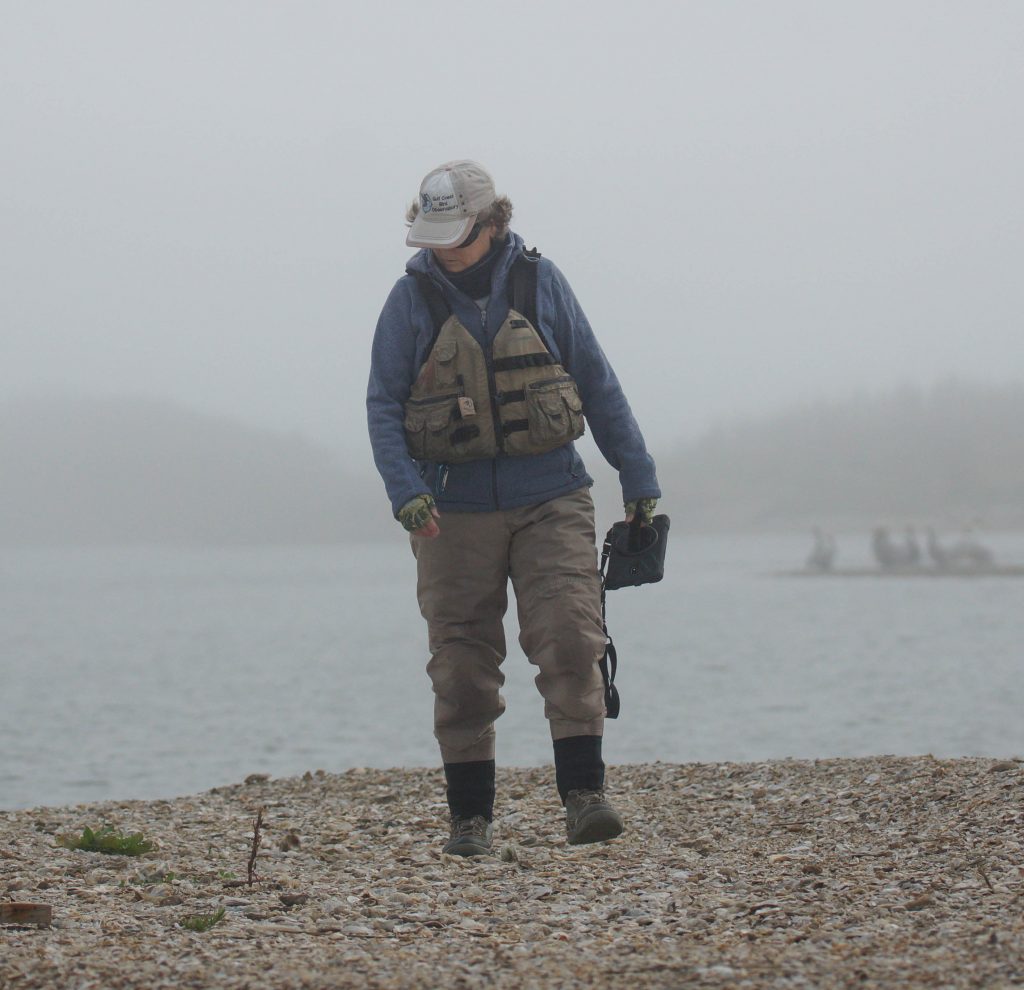 I’ll be giving a blow by blow once things get going more but for now just know that even though we are having this cold snap, the oystercatchers are out there thinking about eggs! I felt for poor LT & JA having to incubate their nest in this cold but at least it wasn’t snowing and icing on them like last February.