Well folks the oystercatcher show has come to an end once again. The Hehir twins (Elizabeth and Elisha) joined me on Wednesday to do our Black Skimmer work and check on the last oystercatcher chick. There are still 18 skimmer nests and over 50 unfledged chicks so they won’t be done for several more weeks. It was very hot because there wasn’t much wind and all the skimmers were panting. 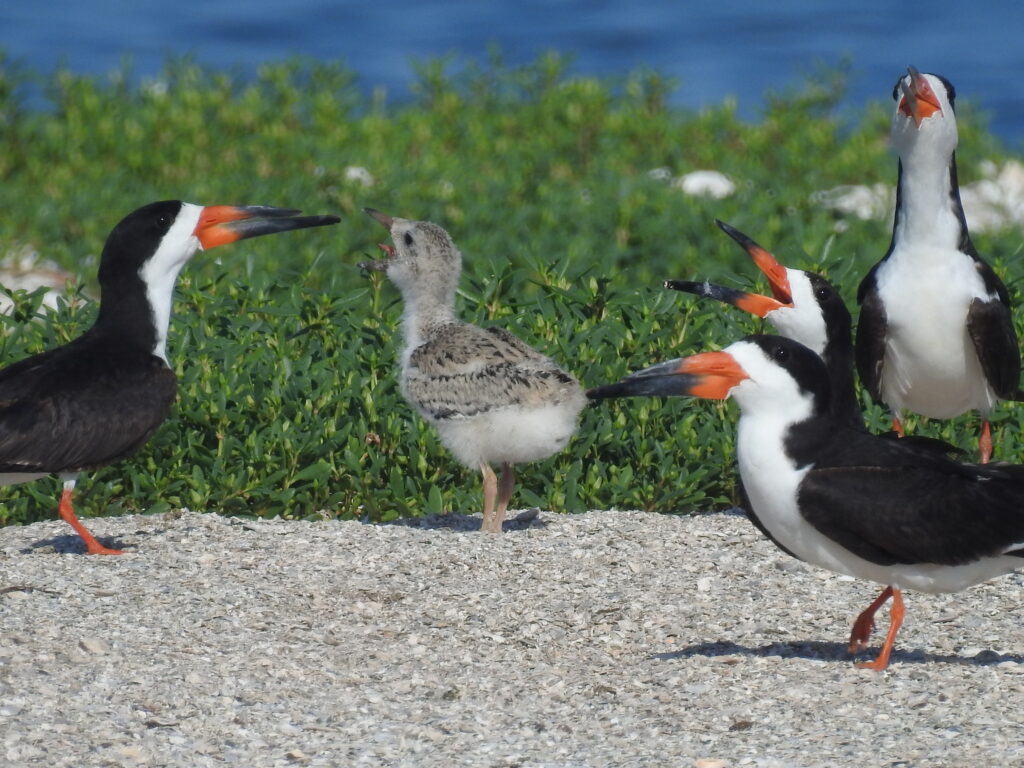 Fortunately, we had a large cloud over us most of the time we were watching the skimmers so it wasn’t as hot as it could have been. Unfortunately, the cloud developed into a thunderstorm and by the time we left the area, there was thunder and lightning in the distance!

We headed over to F1A & E2A’s territory to check on their chick. They were standing along the shoreline with their chick. 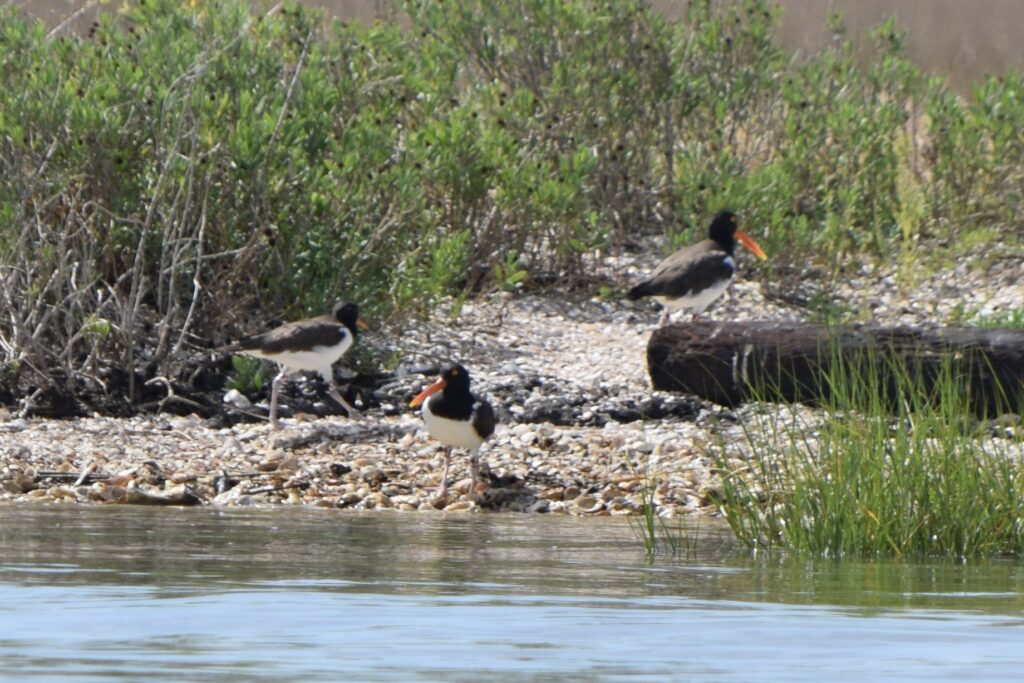 photo by the Hehir Twins

When the chick saw us, it ran into the vegetation to hide and I thought it wasn’t fledged yet but then it burst out of the vegetation and flew to another part of the beach. Fledged! 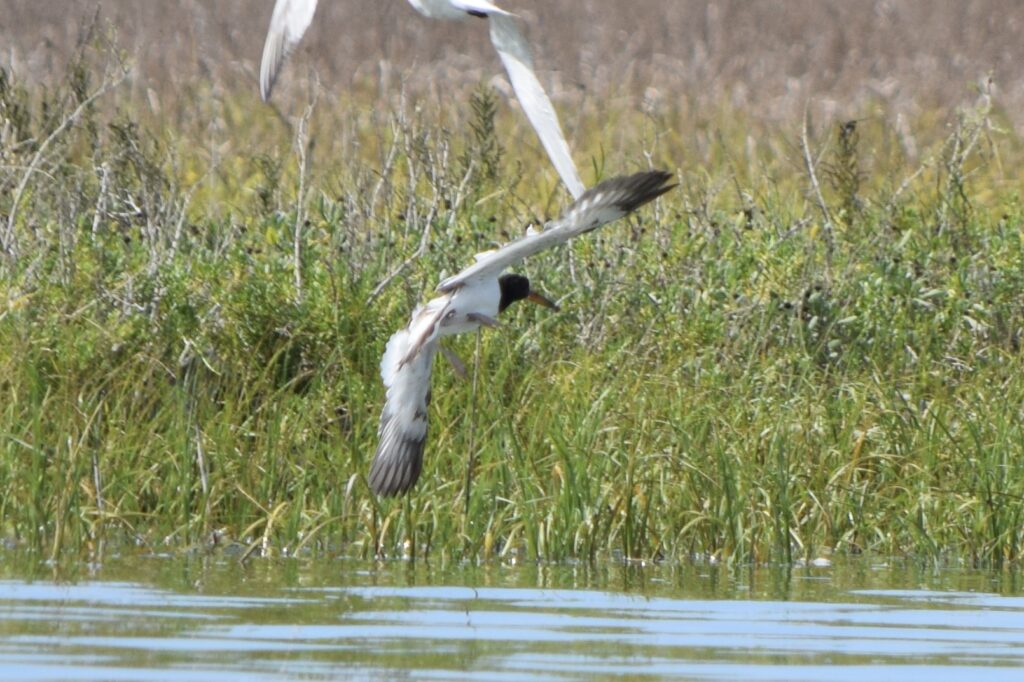 photo by the Hehir Twins

That’s the last one, so our oystercatcher adventures are over for another year. We will be back out in January to look for nests and see how the pairs have changed over the winter. This was a great season!