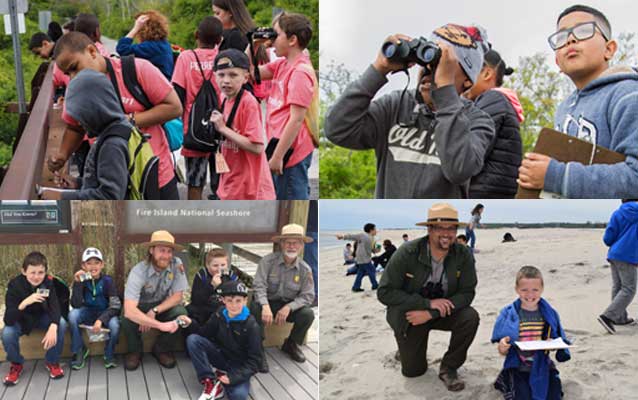 We’ve all heard the saying “two heads are better than one.” Well, it’s true. Even scientists agree, which explains why many of them now rely on volunteers to help them answer their most pressing questions. It’s called “public participation in scientific research (PPSR)” or more commonly, “citizen science.” Though in the case of citizen science, two heads can end up being well more than two thousand.

The Cornell Lab of Ornithology defines citizen science as “projects in which volunteers partner with scientists to answer real-world questions.” Depending on the project, this may take the form of asking questions, collecting data, and/or interpreting results. Citizen science projects cover a wide variety of subjects. There are projects that have participants observing wildlife, measuring the brightness of the night sky, and even helping NASA search images for tiny interstellar dust impacts.

The possibilities seem endless. And the rewards are enormous – for both the scientists and the participants. These projects enable scientists to gather and analyze data on a scale they could never do independently. According to Cornell, more than one hundred articles relying on citizen science data have been published in recent years in peer-reviewed scientific journals. As for the participants, many articles and book chapters connect citizen science involvement with direct learning outcomes.

Perhaps the most well-known and most successful citizen science project is eBird. Managed by Cornell, eBird is the world’s largest biodiversity-related citizen science project with more than 100 million bird sightings contributed each year from around the world. Using it is simple: bird watchers create an account and when they go bird watching, they document when, where, and how they engaged in the activity, and then log what birds they saw and heard. Observations gathered through eBird have helped inform bird research, guided conservation decisions and been used in peer-reviewed papers.

It’s also a great resource for the public. The data is publicly available to anyone with an internet connection, and you can easily go to the website to find data by location or bird species. For instance, with a quick search, I can see that at the Gulf Coast Bird Observatory in Lake Jackson alone, there have been 250 species reported over the years. Zooming out to a larger scale by typing in Brazoria County, Texas, I’m shown a map with countless flags indicating locations where people have submitted bird checklists around the region. Some of these flags indicate upwards of 500 bird species! Next time you find yourself surfing the internet, head over and see what’s being reported in your area – you might be surprised!

So, in summation, science is cool! And there are many ways for you to participate in it. How incredible is that?! If you like birds, definitely check out eBird. If another subject is more your thing, do a quick search and see what tickles your fancy. By participating, who knows? You may just be a part of the next big scientific discovery!