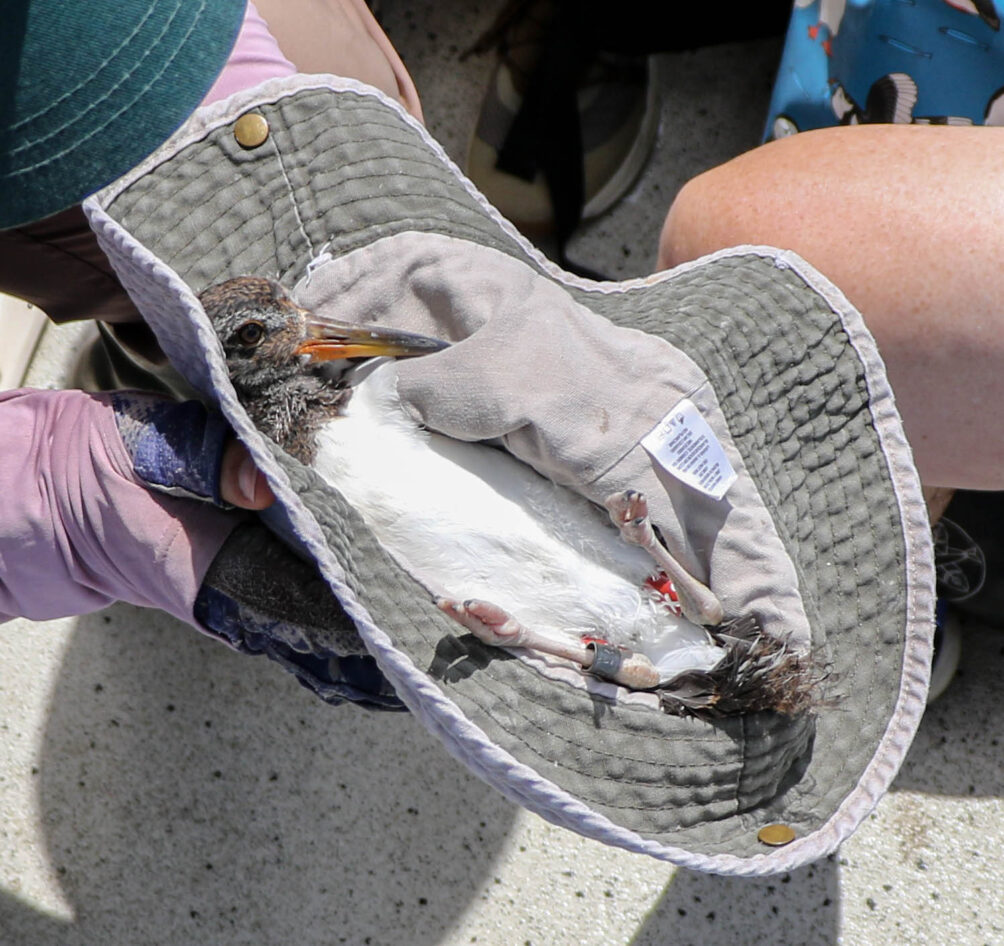 We headed out on Thursday to check on the skimmers and the remaining oystercatcher chick. I was joined by Alan Wilde, Taylor Bennett, and Kenlynn Volz. We headed straight to Struve Luci and counted skimmers. Many of the fledged youngsters had left which made things a bit calmer. There weren’t nearly as many squabbles as last week. We found 10 small chicks but there are still 60 nests. Surely, they will hatch soon.

While we were doing our hour of observations, we were entertained by a fledged Royal Tern youngster. It was begging for food from the three adult Royal Terns that were hanging out on the mudflat with the skimmers. One by one the adult Royal Terns flew off as they got aggravated by the youngster. Once they were gone, the young tern started begging from the skimmers, but they were having none of that! The skimmers shunned the tern chick by walking away from it. Eventually the tern left but we could still hear it calling even after it had flown out of sight. 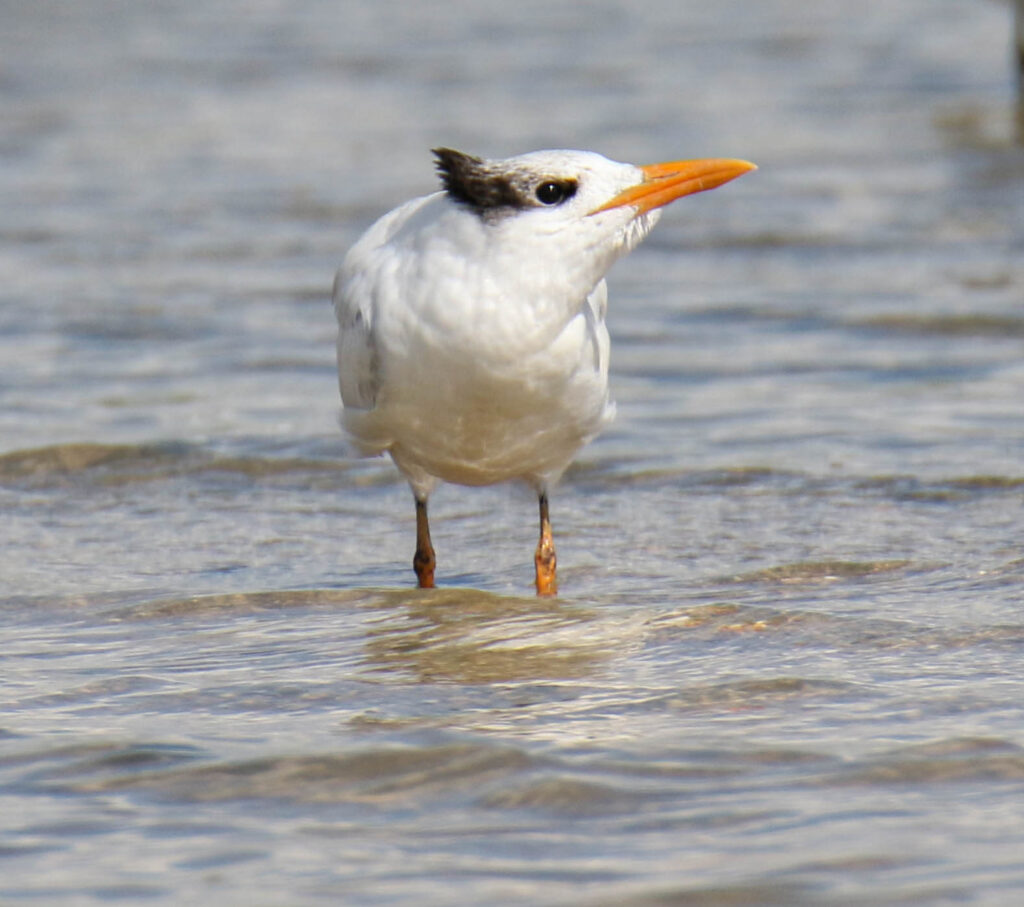 When we were done with the skimmers we headed over to check on the two chicks that fledged last week. The first one was on Jigsaw and we found it with its parents along the shoreline happy as could be. This chick has oddly shaped joints but it seems to be doing fine. 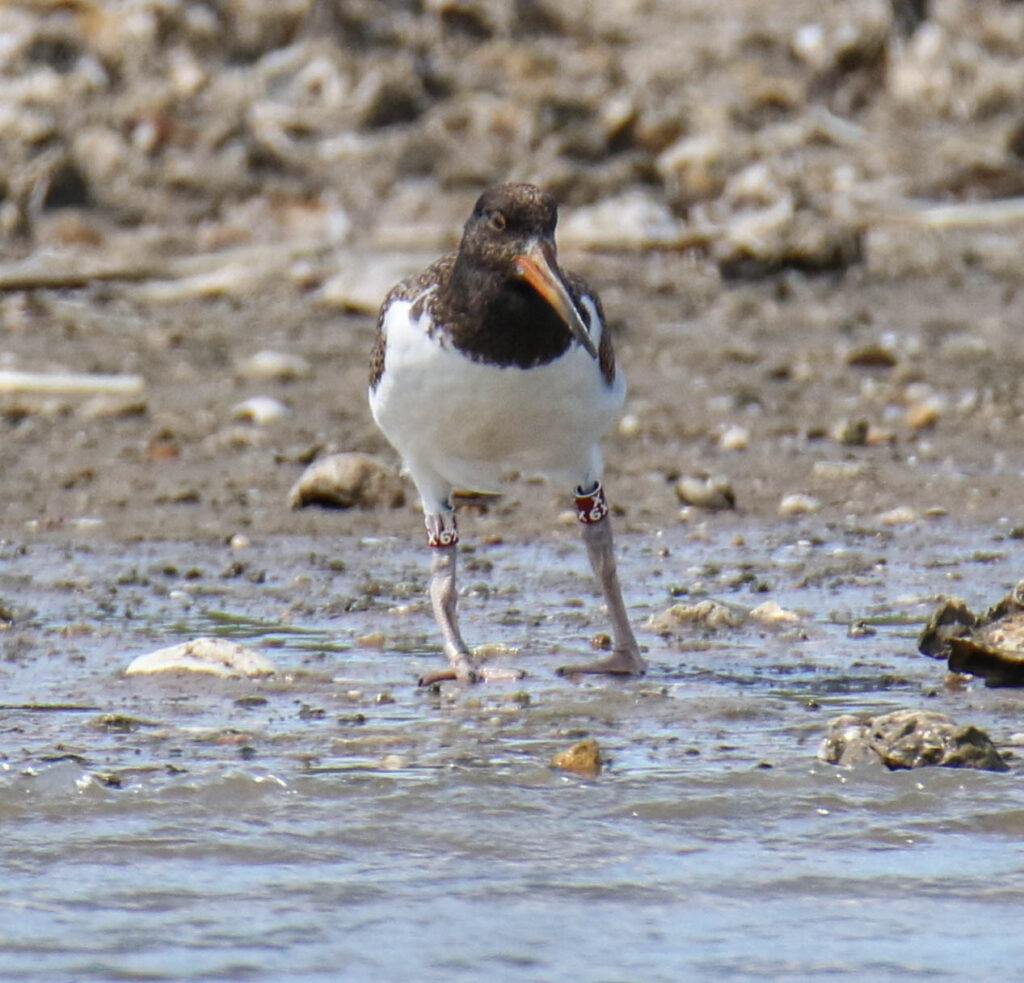 Then we went to South Deer to check on A5A & unbanded’s fledged chick. Unfortunately, they weren’t home. They must have been off showing the chick around the bay now that it can fly. It was hot and I wasn’t really in the mood to go looking for them so we’ll check on them again next week.

Our final task of the day was to band the last chick of the season. We headed around South Deer to F1A & E2A’s territory. We didn’t see the chick when we pulled up but the adults were not happy to see us so I knew it was still there somewhere. I feared it would take forever to find it because there were so many hiding places but Taylor found it pretty quickly. Nice! We banded it X8X. Eight is my favorite number so I took that as a good omen for this chick. 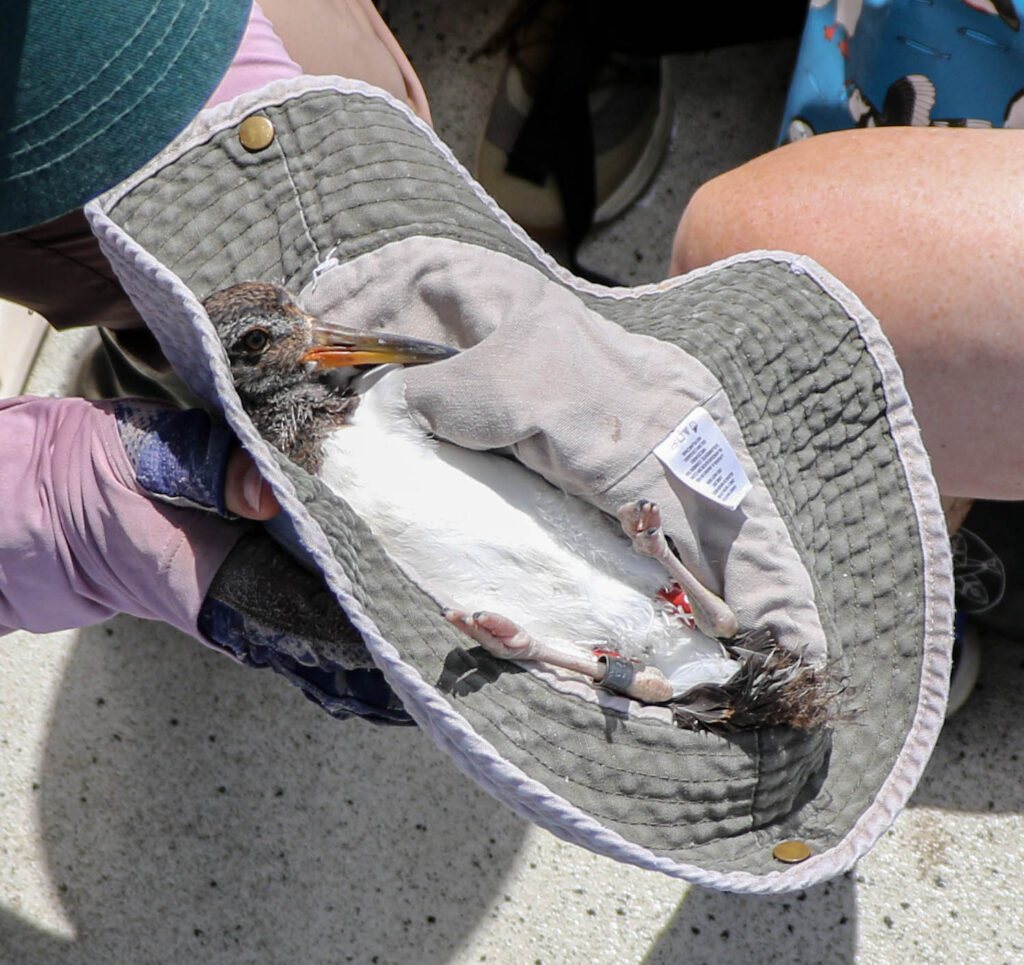 We checked on a few other pairs on the way back to the boat ramp but nobody was home except FR & unbanded, who are still hanging out with their chick. 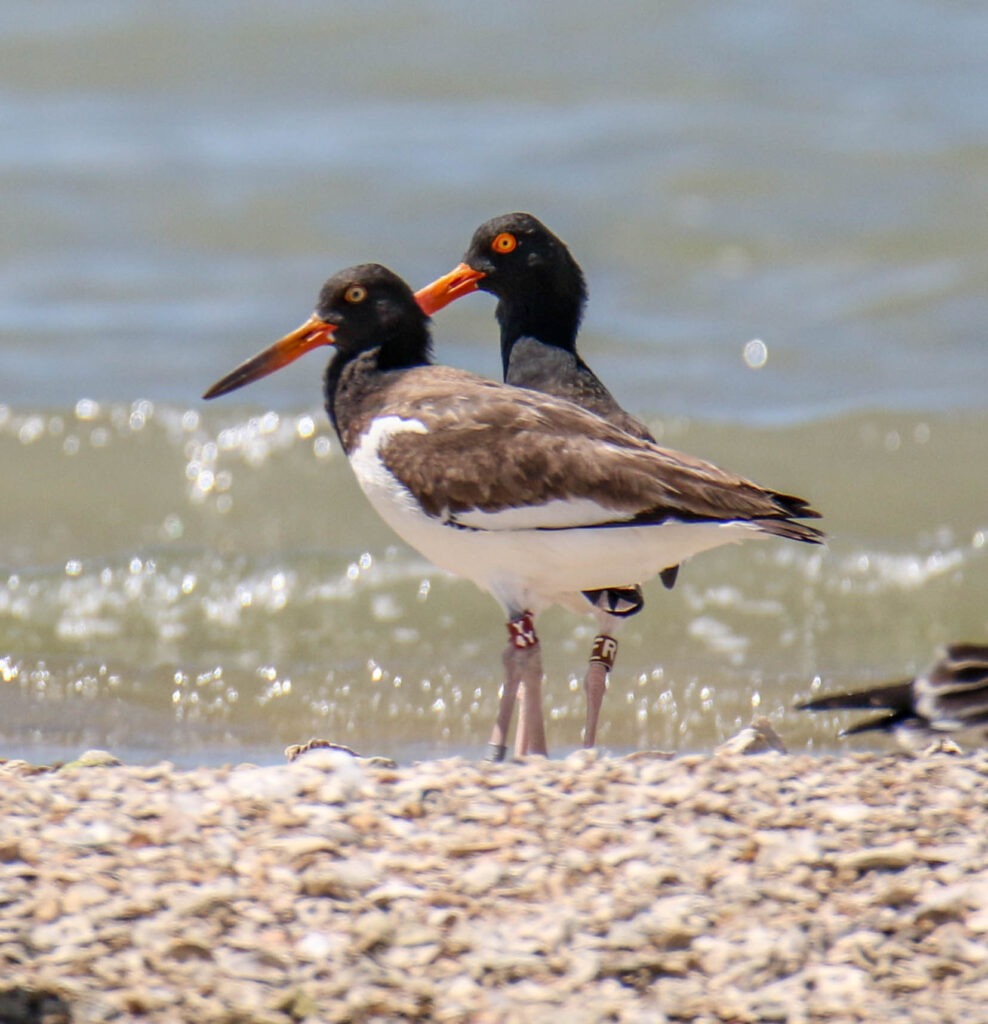 That chick fledged a long time ago. I’m surprised it’s still with its parents. I guess they are just a close-knit family!